Identifying Characteristics: Like a medium-sized dog in appearance.  Nose more pointed and tail bushier than most dogs.  Larger than the red fox and much smaller than a wolf.  Tail held down between legs when running.  Long, dense fur.  pelt gray or reddish-gray, with rusty legs, feet, and ears.  Throat and belly whitish.

Life History: Mainly nocturnal, true scavenger, territorial.  Kills large animals by attacking the throat.  Mated pars usually produce pups each year, and both adults assist in care of the young.  Den used for rearing pups.  Breeds from January to March; 60 to 63 day gestation; 4 to 7 pups in a typical litter.

Coyotes are widely distributed throughout the United States. Efforts to contain wild populations of coyotes have been only "temporarily" successful in spite of bounties, poisons and a total lack of protection in many states. This species is very adaptable and they can thrive in forests, farmlands, prairies, mountains, deserts, and swamplands. Coyote populations are know to exist in 46 states, and it is possible that coyotes will soon be present in all states except Hawaii. Coyotes can adapt to populated areas, and thousands of coyotes living within the city limits of Los Angeles have led to severe management problems. Coyotes frequently howl at night when they are not severely persecuted. 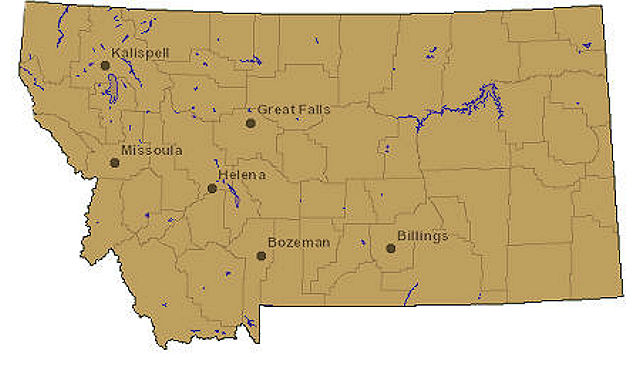 Description
Coyotes are wild canines, with dog or wolf-like features. Weights are slightly heavier for males, with average weights in the western states of about 30 pounds for males versus 25 pounds for females.

A coyote immigration has impacted eastern states since the early 1950's and the eastern coyote is now recognized as a true breeding subspecies of coyote. The eastern coyotes do attain larger body weights than western coyotes, and this may reflect hereditary traits as a result of cross breeding between northern coyotes and eastern timber wolves. Weights of over 60 pounds have been recorded for some eastern coyote males, although the majority weigh between 30-35 pounds.

Coyotes have 42 teeth including four long incisor teeth. Eyes are yellow or amber, with round, black pupils which indicate that coyotes were probably daytime hunters before man began persecuting the species in earnest.

Guard hairs on a coyote pelt are about 3 inches long on the back, and 5 inches long in a patch between the shoulders known as the "mane" or "hackles". Coloration varies with individuals and sections, with most coyotes being mottled greys with lighter colored bellies. Brownish and reddish colors also occur commonly in areas, and melanism or black colors occur more rarely.

Reproduction
There is evidence to suggest that coyotes mate for life, and that new mates are accepted after the removal of one of the pair. Mated male coyotes attend the females who give birth to the annual litter in an underground den. A regular den is often used year after year, unless the coyotes feel threatened at the den site.

Breeding occurs in February in southern states, and March in northern states. The gestation period is 63 days, and the female coyote will stay underground with her young until their eyes open 11 or 12 days later. During this time the male will bring food for the female and then help bring food to the den for the coyote pups.

Litter sizes average 5 to 7 pups in many areas. Litter sizes seem to be dependent upon coyote population densities. Litters may average 8 or 9 pups where coyote populations are sparse, but on the other hand, this phenomenon may reflect healthier coyotes due to an abundance of food.

Crosses between coyotes and dogs do occur rarely, and these crosses are know as "coy-dogs". Coy-dog reproduction is very poor because the coyote dogs breed in November which culminates in mid-winter births. Also, the male coy-dogs do not bring food for the females after the birthing process, and neither do the males help the female feed or raise the young.

Some juvenile female coyotes accept mates at 9 or 10 months of age, but most coyotes do not pair up with mates until they are 20-22 months old.

Habits
Coyotes are territorial during the bulk of the year. Territory sizes vary a great deal, and territories are far larger in areas where food is scarce. Males range much farther than females. It appears that female territories do not overlap, but a male coyote territory may overlap the territories of several other male and female coyotes.

Female coyotes will usually stay within 5 to 8 miles in their ranging habits. Mature males may have territories as large as 30 to 40 square miles which are patrolled on a somewhat regular basis. Territories are often abandoned during shortages of food. Several family units may concentrate in an area with an abundant food supply for a short period of time.

Coyotes do have a social order, with certain individuals having dominance over others. At times, coyotes will hunt in packs, or teams, to relay running an antelope or jack rabbit. Coyotes are even known to follow badgers to catch the ground squirrels that are chased from dens by the digging activity of the badger.

Juvenile coyotes usually disperse in November or December to seek their own territories and mates. Dispersal distances vary a great deal, and the young may be required to travel further when coyote populations are dense. Male coyotes usually have to travel further to find the larger territories that they need, and a number of young males have been known to relocate further than 100 miles away from their birth places.

Coyotes are skilled hunters. Their vision, sense of smell, and hearing are all extremely good, and enable the coyote to feed itself easily during most of the year. In the extreme weather of mid-winter coyotes frequently eat carrion. Significant numbers of deer and antelope are killed by coyotes. Deer are particularly vulnerable during deep snow conditions when coyotes often pack up to hunt. Although healthy adult deer or antelope are sometimes killed by coyotes, the fawns of both species are particularly vulnerable.

Sheep on the rangelands are a particular temptation to coyotes, and its seems likely that some coyotes develop a taste for lamb after natural mortalities of sheep occur on the range. Nevertheless, coyotes soon learn to kill sheep when they are available, and it is virtually impossible to discourage them after they develop a taste for sheep. Coyotes also kill calves, and sometimes these calves are eaten as they are being born. Bob-tailed calves are frequently seen on western rangelands and usually the result of an attack by one or more coyotes.

Coyote depredation upon livestock depends a great deal on the coyote population in the area as well as the availability of other foods. Fertile farmlands usually contain an abundance of small game, and livestock predation is less likely to occur under these circumstances.

Important coyote foods vary with the area, and include jackrabbits, cottontails, prairie dogs, mice and rats. Game birds, muskrats, squirrels, and domestic fowl are also taken when available. Fruits such as watermelons, grapefruits, apples, and persimmons are also eaten seasonally if available.

General
Coyotes contribute to the health of many prey species by keeping populations in check. The carrion eating habits of coyotes help to reduce the population of injurious insects which afflict livestock. species. However, they do cause of significant loss to livestock producers in some areas. These losses amount to millions of dollars, and cause hardships for many western and southern livestock producers.

In western states coyotes serve as a host for fleas and ticks which carry bubonic plague. This disease can be fatal to man. Western coyotes should be placed in large garbage bags after they are killed, and then sprayed with an insecticide. This will kill the parasites before they abandon the cooling body of the coyote.

Coyotes are also vulnerable to a variety of diseases, including Parvo Enteritis (Parvovirus), mange, distemper and rabies. Heartworms afflict coyotes in areas, as do other internal parasites. External parasites include lice, mites, fleas and ticks.

Coyotes are considered to be old at 10 to 12 years of age.